Amy is Survival Horror Evolved, Coming to PSN This Summer 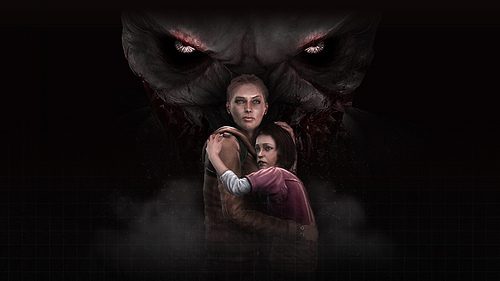 If you’re into new survival-horror experiences, this post is for you! After recently releasing Red Johnson’s Chronicles on PSN, we’re excited to be publishing Amy on PSN later in 2011. Amy is the upcoming game from Paul Cuisset, who may be a familiar name for some of you; In the early 90s Paul created Flashback, a classic game that is credited today as a great source of inspiration by respected game designers.

The story begins on a rainy December day in 2034. Global warming is in full swing, spreading diseases and natural disasters all around the world. You play as Lana, a character who regains consciousness following a comet impact in the small town of Silver City. Upon awakening, you discover that Silver City has descended into chaos. Violence, fury, rage, wreckage and death: the world you knew has been torn to Hell.

Struck by a mysterious virus, most of the townspeople have transformed into gruesome creatures and now prowl the streets as a wild horde. You’re wounded and you know you must escape, but you’re infected and the viral process has already begun: Hell is now pumping through your veins. There are only two ways to survive the infection. One is by locating special medical equipment found on the corpses of soldiers who have invaded Silver City. The other lies with Amy.

By your side is a strange little girl named Amy, who can’t speak but whose face expresses both fear and sadness. While you’re fleeing and trying to protect her, you realize that being close to her stops the contamination and even temporarily heals you. That might be the reason why infected humans, grisly creatures, Special Forces combatants and even other survivors are after the two of you. To stay alive, you will have to help each other.

But contrary to many games with a secondary character, Amy is neither a super warrior nor a docile character that follows you. You can use her small size and weight to reach inaccessible areas and ask her to do specific actions. Being a child, Amy is also naturally curious and will explore the environment with you – sometimes she might even draw your attention to something you would have missed.

More importantly, Amy possesses several special abilities. By pressing R1, you can hold her hand. This enables you to heal, but also lets you feel Amy’s heartbeat through the rumble of the DualShock 3, which lets you feel her stress level while you explore dangerous locations. This might be very useful, even if holding her hand slows you down. Amy also has several other special abilities that I’m not going to detail now…but trust me, you will like them.

Your overall goal is to escape with Amy, and find a safe shelter to save her (we call this mechanic “exfiltration”). You’ll hide, run, fight, solve puzzles and use cunning, and you will often be free to choose your tactics. In addition, while you progress, you will meet different characters and explore the special bond between Amy and Lana.

One of our goals is to make you feel the fragility of Lana and Amy. Lana is not trained to fight; Amy is just a kid. But you can try to avoid your enemies, for example, by hiding in a closet or under a table. While hiding, you can spy on your pursuers…but be careful!

Another option is to use your infection to your advantage. When you show signs of infection, most of the enemies won’t attack you if you move slowly. But you will have to avoid the soldiers, who will shoot you on sight, and you’ll need to stop the infection before it‘s too late. Most of the enemies are able to communicate with each other so if one spots you, the others will rush in to attack. If you’re clever, you can exploit their intelligence to deceive them and trigger a fight between soldiers and infected humans.

But being smart won’t be enough. When cornered, you’ll need to gather your courage and fight back tooth and nail because your enemies are fierce. Although you have an inventory, you won’t be choosing between tons of items: You will have to make do with small weapons: clubs, crowbars and the like. Lana only carries light items with her and uses only one weapon at a time. In a pinch, you can sometimes use the environment to your advantage, for instance by attracting an enemy into a water puddle and electrifying it.

We’ve also worked hard on the script to provide you with a fully coherent experience. From a train station, to a hospital, going through a subway or the dark streets of Silver City, you will discover a unique atmosphere with Amy.

Finally, I’d like to share a worldwide exclusive video with you, a video we’ve just made to show off the game’s visuals and atmosphere. We will soon be releasing a new video demonstrating certain gameplay moments, so stay tuned! You can watch the video at the top of this blog post.