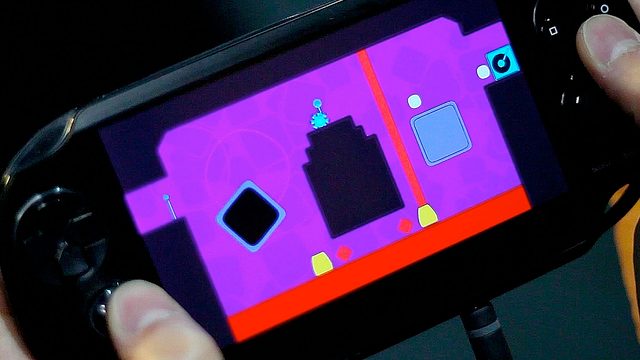 Hi everyone, it’s Jonathan Mak here. It’s been a long time since I’ve posted on the PlayStation.Blog

I don’t have any pictures of my basement this time around (I’ve moved!), but I do have a video of a new NGP game I’m working on called “Sound Shapes.” Sound Shapes is both a musical instrument and a classic 2D platformer. You can use it to make music, but then you can “play” that music like it’s a video game. It’s kind of hard to describe in words so check out the video!

The project started out as a collaboration between myself and Shaw-Han Liem, but has since grown to include several pairs of helping hands. We’re pulling all nighters right now to cram one more level/song into our E3 demo. If you’re around, come by the Sony booth and try it out!