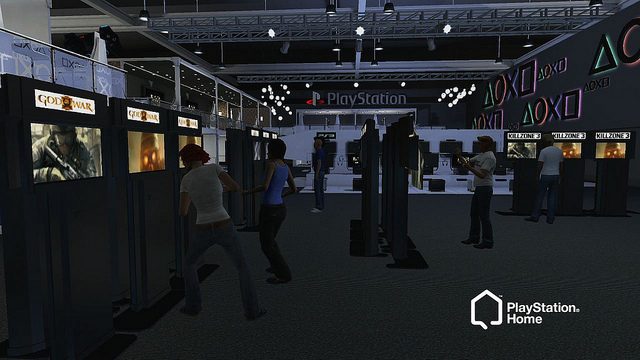 With the E3 Expo just around the corner, the PlayStation Home team is happy to announce that you’ll be able to be part of the convention excitement — right from your PS3!

For the first time ever, PlayStation Home will host a live public video stream of the Sony E3 press conference on Monday, June 6 at 5pm Pacific Time in a special screening room. You can watch SCEA President and CEO Jack Tretton reveal all of the big E3 announcements and watch never-before-seen footage of tons of upcoming PS3 and NGP titles.

We’re also happy to confirm that the PlayStation Home E3 Virtual Booth is making a triumphant return! The virtual booth was visited by a lot of people last year (five times more people than physically attended E3 2010!), making it huge success for us and hopefully for you as well. If you visited the booth last year, you’ll remember that we enabled you to explore a virtual recreation of PlayStation’s E3 booth. Expect the same this year, with a few new surprises — including a 3D-rendered NGP to inspect from every angle.

Images taken from the E3 2010 virtual PlayStation booth; check back next Tuesday to see what’s awaiting you for 2011!

Be sure to visit the E3 Booth in Home at the start of the show on Tuesday, June 7 at 12pm Pacific Time and earn exclusive virtual items as you visit the different areas in the virtual E3 booth. Once you unlock all the virtual items, you’ll be able to check out Home content in the VIP area and play the first level of Scribble Shooter – an upcoming top-down, shoot-em up game featuring hand-drawn enemies that is being designed to look as if you’re playing on a notepad — as well as a Heavy Water package with active virtual items. Why spend money on a plane ticket to LA when you can attend E3 right from your PS3?

Additionally, the PlayStation.Blog team will be streaming live game demonstrations straight from the show floor into PlayStation Home, so you won’t miss a single beat of all the excitement of E3. They’ll be scouring the show for any exciting new titles to show off, and you can watch it all within PlayStation Home. LIVE!

We hope you come visit. See you, virtually, at E3!