Ratchet & Clank: All 4 One: Terawatt Forest and the Mystery of the Creature Collector 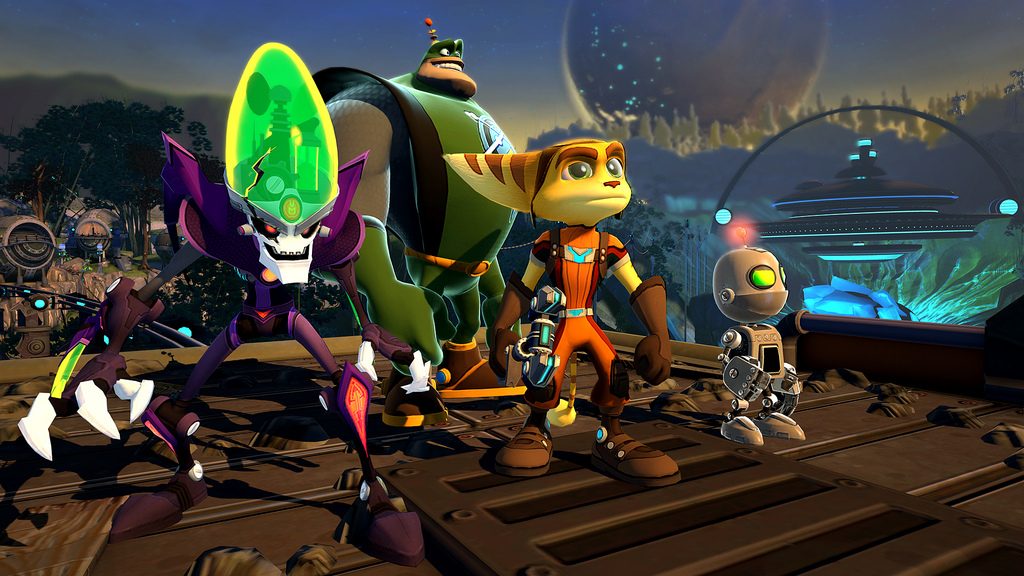 Yesterday in Los Angeles, we presented a new demo of Ratchet & Clank: All 4 One to an audience of US and European journalists. While we presented some new levels and weapons/gadgets, we also wanted to show once again that All 4 One is a sprawling new Ratchet & Clank adventure, with a full story, big arsenal, and tons of co-op mayhem. Further, in All 4 One, we like to say there’s an “I” in team: work together, but reward yourself. You all have to help each other out, but at the same time, the winner will earn the best rewards and get the first chance to buy the newest weapons in the game.

We illustrated this in a new level of the game, set in the Terawatt Forest on Planet Magnus. It’s the home of a scientist named Dr. Croid — who holds the key to the mystery of the Creature Collector. The plants and animals here are mutated thanks to the presence of a strange meteor – and players will also have to look out for Dr. Croid’s giant Guardian robots that patrol the area (which you’ll see in the video above!).

As we showed previously, all the weapons have a co-op function to them. For instance, if everyone uses the new Darkstar Fission Rifle at the same time, it amplifies the effect – and we give players a bolt multiplier for co-op kills. But we also reward players for specializing. For instance, Ratchet can use the Arc Lasher to stun enemies while Clank finishes them off with the War Monger rocket launcher.

Many of you have asked if each of the characters will play differently in All 4 One. For the first time yesterday, we showed that each of our characters will have a special gadget that only they can use. These gadgets are special, powerful, and can turn the tide of a battle. For instance, Ratchet can use his Doppelbanger ability to create a decoy that draws enemy fire – but it’ll also upgrade over time into a powerful Turret. Clank, meanwhile, has a Time Bomb that highlights his Zoni heritage and also allows him to slow a fast enemy or extend the amount of time the team has to revive a fallen comrade.

Ratchet & Clank: All 4 One is on course for a Fall 2011 release and can be played in stereoscopic 3D by one to four players, with drop-in, drop-out co-op that can be enjoyed same-screen or online (and in any combination of online/same-screen players as well!). To keep up with all the latest, stay tuned to Insomniac’s Facebook and Twitter pages!