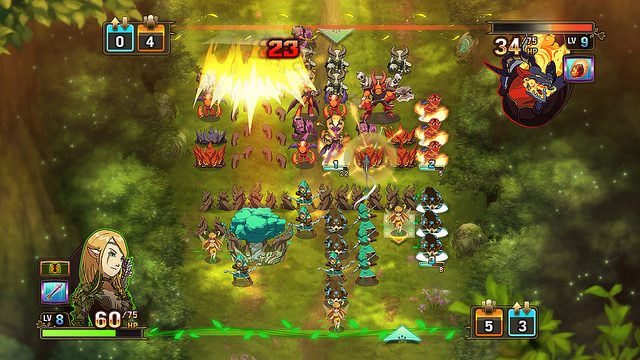 As Mr. Nathan Vella mentioned last week, Ubisoft and Cabybara Games are set to cast Might and Magic: Clash of Heroes out into the wild later today. Announced last year, Clash of Heroes is an HD remake of the classic DS title released in 2009. If you’ve seen what Capybara Games has done with their previous HD-ifying ventures, you’ll know that the remake for Might and Magic: Clash of Heroes will blow your mind. As someone who never got his hands on the DS game, I was very impressed with my hands-on time with the game (or impressed enough to accidentally skip a meal on Sunday because I was too busy playing :P).

Even better is the story that unfolds throughout the game. Now, I don’t want to spoil things for anyone, but Clash of Heroes follows five heroes as they embark on a journey to retrieve a lost artifact. Through their adventures, you will visit five unique territories that will pose a variety of enemies and challenges. Take a look at our new trailer highlighting the five heroes above.

Couple all this with some stunning HD visuals and online/offline multiplayer modes (either 1v1 or 2v2) and you have a puzzle role-playing game that will surely keep you busy for quite some time. Look for Might and Magic: Clash of Heroes when it hits the PlayStation Network later today for $14.99. If our blog posts still haven’t convinced you, be sure to take the demo for a spin.