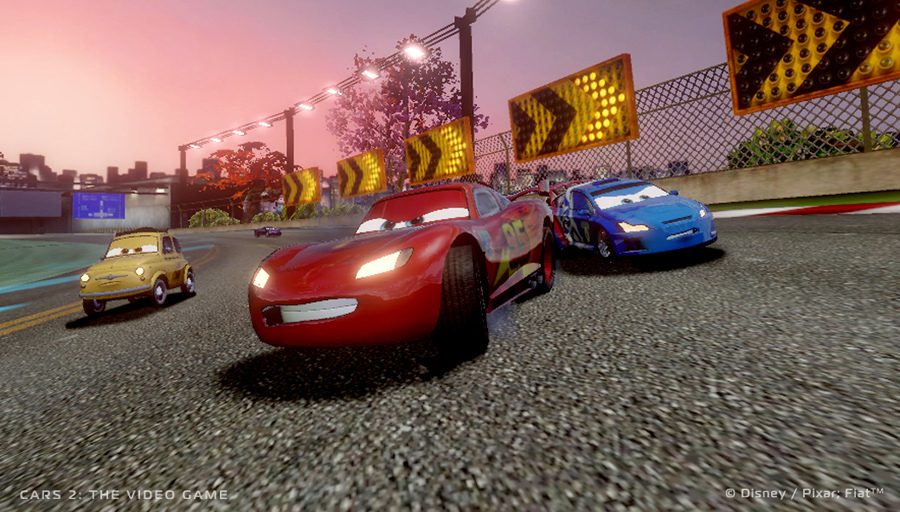 Hi everybody! We’re wrapping up production on Cars 2, and now we’re excited to announce that Cars 2: The Video Game will be presented in 3D exclusively on the PS3. We’ve worked very closely with Pixar to bring a cool Cars 2 game to life, and it’s even more exciting to bring all of those great characters to life in a full 3D experience. Pixar has created such vibrant worlds that resonate so well with audiences that it seemed a natural extension to take the game to a 3D setting — just like the upcoming film.

What’s more, our engineers were able to design a system that allows us to harness the power of the PS3 to display the game in four-player split screen in full 3D. It made the PlayStation 3 the perfect choice for developing a 3D game. We’re really looking forward to delivering a special racing game, and I hope you will enjoy playing it as much as we do!

The 3D aspect for the PS3 enables you to step into the game world and experience it the same way you will in a 3D-equipped theater. You’ll get an extra visceral component to the gameplay that you just don’t get on any other platform. When you’re jumping off ramps or smashing through barriers, you feel that sense of actually being there that is so cool with 3D gaming! I love it, and I’m sure you will once you try it.